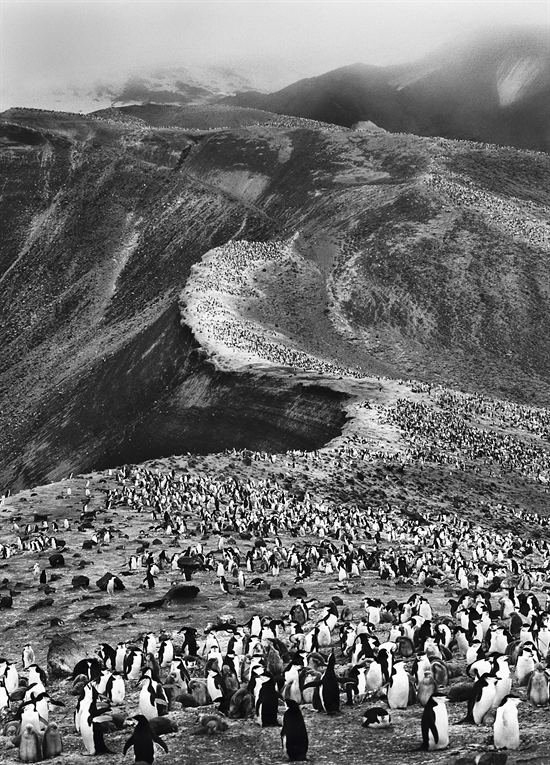 Chinstrap penguins travel up to 80km every day looking for food. The hardest part is getting the food to the ice-free rim at the top of a giant volcano called deception island. Steep beach with a powerful undertow then a long, perilous journey on foot along slippery slopes.

The hearing of the Penguin is so acute that it can identify the individual cry of her chick among 150,000 individuals.

Assuming you are designing an experiment or simulation to see how genes evolve, how would you program the genetic material?

Of course, Instincts of survival and mating would be programmed into the genetic code, that would be deeply linked with emotions and hormones. The babies would release oxytocin that would bind them to the parents who will make tremendous personal sacrifices to raise them. The mating instincts would create fierce competition among males of all species.

And so the birds “know” how to make nests, the sea turtle knows how to walk “instinctively” towards the sea, etc. the evidence of genetic programming is overwhelming to be anything else.

Humans can suppress instincts to a some expend. and in today’s world, ability to override genetic programming and instincts is directly proportional to the level of success one can achieve.

So a new variable is introduced: cloak of uniqueness.

Is that penguin chick is unique in any way or is it unique only to its parents who also feel they too are unique? What if the ability to detect the unique cry of its chick is lost, will it still risk it’s life daily to bring food and feed any random baby?

Let each player feel that his or her position and role and even his journey is unique. – the special snowflake bubble. – whereas in reality all of them are just the same underneath and it does not matter who survives, it is a random experiment anyway.

Even though as Joseph Campbell figured out and explained to us in his book the hero with a thousand faces, that none of these journeys are really unique they just follow a pattern and feels unique to the individual.

My understanding is that we are all living in a “special snowflake bubbles” created by our consciousness to ensure we stay the course and be controlled by genetic programming. Some even get consumed by it.