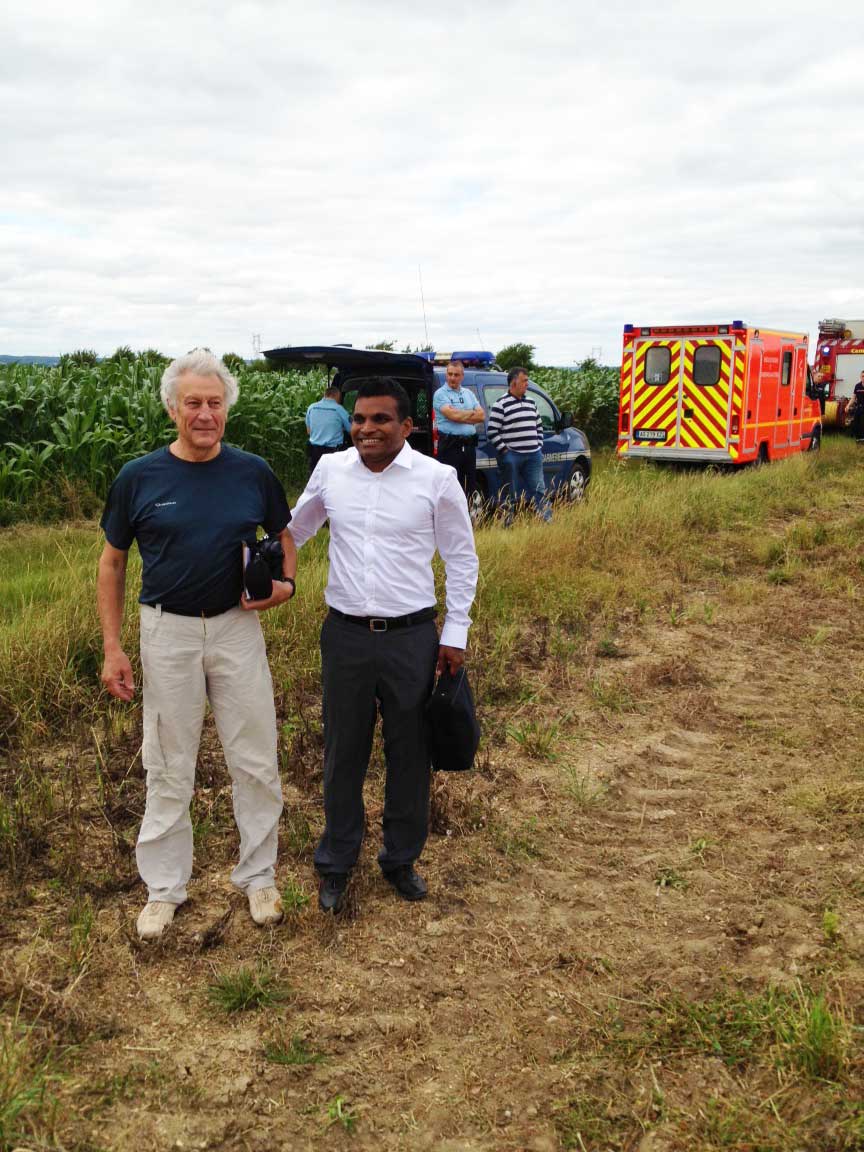 What do you say to death staring at you? – Not today, today we will just park this plane somewhere.

That is exactly what we did. No, Just joking! We were scared. No matter how many times you practice, the real situation is scary.

The air traffic controller that day was a lady who told us “hey you guys are losing altitude very fast”. “We know, the engine just died”.

The key is to recover and not get into panic mode and focus on what should one to do to increase the chances of survival.

Found this photo from few year ago in France where we had to a total engine failure in our two-seater plane.

We were not sure to survive; the engine just died mid-air. ( later found to be a problem in the carburetor)

We switched on the SOS button, and the air traffic controller alerted the police and fire.

Fortunately, we landed in barley fields. The police and fire engines arrived something like 3 minutes after we managed to land as they were tracking us.

We were taken to a local farmers house where we got some local food and friends came to drive us back home.

Here I am with my flight instructor, looking as if nothing happened. You can see the fire engine, ambulance, and police just behind us.

It has been a while I went flying and Since we are about going to France for Christmas & new year, I hope to get back in the air again. 🙂