The Era of Deconstruction – My tribute to The Runaway Species 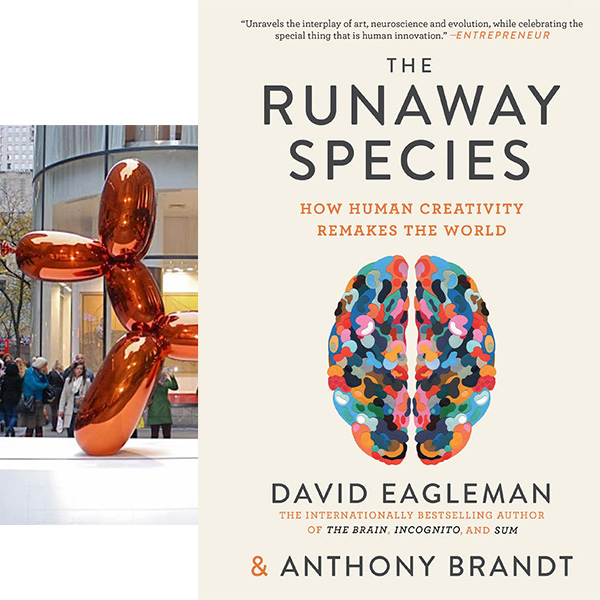 I keep a list of things that used to be “soft” and mysterious, and now we have peered under the hood and removed the “magic” of these things. The list is growing every month.

What blows my mind is the speed at which we are demystifying and deconstructing things that were never explained and were in the realm of mystery and wonder and things that humans were supposed to struggle with.

Alain de Botton demystifies your intimate relationships, and then you discover deconstruction of passion – passion for what you like to do in life – something people struggle with – deconstructed into simple steps to finding it – coming from Steven Kolter – followed by the deconstruction of flow states.

The list goes on and on – our fascination to peer under the hood of concepts is now accelerating.

Last year, I had a feeling that creativity can be and eventually will get demystified. From the observation that a great artist of our times, who I follow closely, Jeff Koons is friends of the neuroscientist Eric Kandel. “Surely he has something figured out how to create artwork worth 58.4 million dollars and has made it repeatable” I had thought.

David Eagleman has deconstructed and demystified human creativity in his book ” The Runaway Species.”

The first reaction when you get a reveal like this – is “wow – is it all there is to it?” Then the mind wanders to find out exceptions till you exhaust options, and then we come to a stop and say, ” ok this is the latest understanding then, and it is better than what we had before this idea came along, so let me adopt it.”

So can you take the entirety of human creativity and put it in just three boxes? That would be audacious and revolutionary right?

Our brains innovate thanks to a “small repertoire” of basic operations that alter and rearranges inputs.

And the small repertoire is these 3:
1. Bending,
2. Breaking and
3. Blending.

He proposes that the cognitive routines underlying Nasa’s engineers saving the Appollo 13 and Picasso’s creative acts are the same.
Unbelievable is it not? It is, till you read the numerous examples in the book and then tries to match them to your own experiences of creativity and the wonder bubble that creativity once was, pops in your brain and gets demystified.

David’s findings are a revolutionary breakthrough that is not getting the attention it should and is something I think that should and will eventually become part of the textbook in every school.

If you have not read the book already – here is a link:

The Runaway Species: How human creativity remakes the world